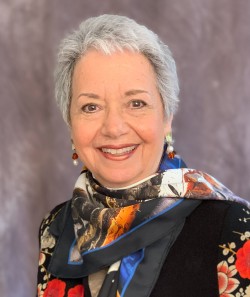 Rosemarie E. Sansone, President & CEO of the Downtown Boston Business Improvement District (BID) Corporation, has focused on business, jobs and community in a career that has spanned the private and public sectors. She has worked in government, community affairs, advertising and fundraising.

Rosemarie was twice elected to the Boston City Council, where she served at large, developing a broad understanding of the relationships among city, state and federal agencies. Later she played a pivotal role in attracting businesses, tourism and conventions to the city as the director of the Mayor’s Office of Business and Cultural Development in the Flynn administration. In 1994, she joined Suffolk University as director of public affairs, with responsibilities that included collaborating with public- and private-sector partners on downtown’s ongoing revitalization.

In 2007, Rosemarie transitioned to the Downtown Crossing Partnership, the BID’s predecessor organization. As its leader she spearheaded the multi-year campaign that led to the BID’s establishment in 2010. Rosemarie brought a collaborative style built upon teamwork with hundreds of business and property owners as the driving force behind the creation and success of Boston’s first BID.

In leading the BID, Rosemarie is committed to serving its members through direct and immediate attention to their needs and those of the district. She works closely with the mayor’s office, the Boston Planning & Development Agency, the Boston Police Department, and a host of other city agencies to ensure the BID achieves the district’s full potential as a premier and vibrant destination.

In 2016, working closely with the board of directors and staff, she led the organization through its first strategic planning process, reaching out to a broad array of stakeholders, including property owners and managers, retail owners, tenants, residents, non-profit organizations, city officials and visitors. Two years later, under her guidance, the Downtown Boston BID received a 97% approval for a five-year renewal.

Rosemarie studied liberal arts at Suffolk University and earned a master’s degree in Education from the Harvard Graduate School of Education. She received an honorary Doctor of Fine Arts degree from the Art Institute of Boston. Rosemarie has served on many boards, including the Greater Boston Convention and Visitors Bureau and the Economic Development Industrial Board. She currently serves on the board of Revolution 250, which commemorates the anniversaries of significant events that led to the outbreak of the American Revolution. In 2013-14, Rosemarie served on Mayor Martin J. Walsh’s transition team, advising the incoming administration about basic city services. In 2016, she served as co-chair of the commission that oversaw the creation of the Raymond L. Flynn Marine Park in Boston’s Seaport. For her significant contributions to Boston's built environment, Rosemarie was honored with a Norman B. Leventhal Excellence in City Building award in 2019.