Sail Boston: What You Need to Know -- Crew Parade, Events and More

The Downtown Boston Business Improvement District is the official dining & shopping destination for Sail Boston. More than four million people will gather in Boston from June 17 through June 22nd.

The following information is from the Sail Boston website.

Boston’s history stretches beyond the land to the sea. Boston has a wealth of maritime history—both past and present. Bostonians welcome crews and cadets from all over the world to their harbor on a continual basis as part of the Visiting Ship Program and are gearing up to greet the return of the Tall Ship fleet for Sail Boston 2017!

Known as America’s Walking City, Boston is home to many historic sites that date back to the American Revolution. Visitors to Boston are encouraged to stroll the Freedom Trail, a 2.5-mile red brick walking trail that passes sixteen nationally significant historic sites. The Freedom Trail begins at Boston Common and ends at Bunker Hill, near the Charlestown Navy Yard and the home of the USS Constitution, the oldest commissioned ship afloat in the world.

Boston is an official port of the Rendez-Vous 2017 Tall Ships Regatta. The trans-Atlantic regatta will start in Royal Greenwich, UK. From there the fleet will race to Sines, Portugal, followed by Bermuda. The fleet will then race to Boston, for Sail Boston 2017. From Boston, the fleet will cruise in company north to Quebec City, Canada.

Sail Boston will entertain its younger audience with educational programs focusing on US and international maritime history. Cadets and crewmembers will be available to educate children of all ages of their personal experiences at sea, home countries and more. 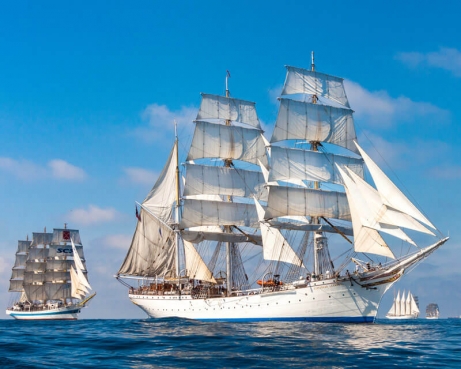 The following is a schedule of events:

With Boston Harbor and the Boston fireboat ceremonially spraying water as a backdrop, the Opening Ceremony will kick-off Sail Boston 2017. There will be a ceremonial welcome with a speaking program to follow which will include a Blessing of the Sails and a presentation of the flags from each country.

The Grand Parade of Sail will highlight the day’s activities as vessels parade in flotillas from Broad Sound into the main channel of Boston Harbor, along the Boston waterfront, turning at Charlestown, before proceeding to their assigned berthing areas.

Come see the Tall Ships and enjoy music, entertainment and food for purchase.

Following the Parade of Sail on Saturday, June 17, the Tall Ships will be berthed at various piers for the public to view and board. Boarding times will be posted closer to the event and may vary at the Captain’s discretion.

The U.S. Navy and the U.S. Marine Corps accompanied by Naval forces from Canada, Chile, Ecuador and Peru will lay wreathes in honor of the men and women from Massachusetts who served in Iraq and Afghanistan and gave their lives for our nation. 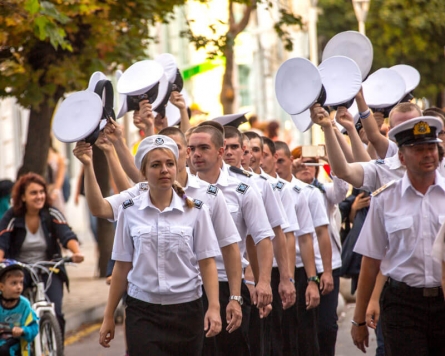 The Crew & Cadet Street Parade presented by Downtown Boston BID is an opportunity to celebrate Sail Boston 2017 and to welcome crew, cadets and guests from around the world. Marching bands and cadets from the visiting ships will parade from Seaport Boulevard to Downtown Crossing.

Crews and cadets of the Tall Ships will participate in a friendly competition in a soccer tournament at Moakley Park. We welcome you to come cheer on the competing crews from the sidelines!

Come see the Tall Ships and enjoy a night of musical and military entertainment.

Come see the Tall Ships and enjoy a night of musical and military entertainment.

The Tall Ships depart Boston Harbor. The majority of the Tall Ships will continue on the next leg of the Rendez-Vous 2017 Tall Ships Regatta to Canada.