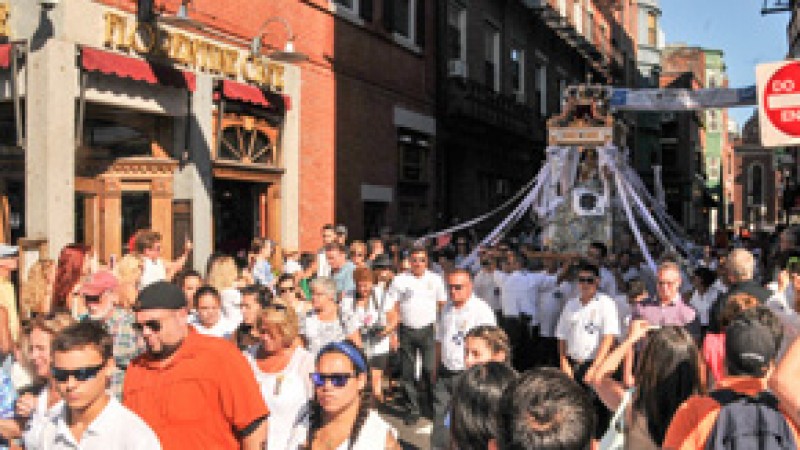 The Fisherman’s Feast - Boston’s oldest continuous Italian Festival - will feature an enticing selection of entertainment, food and traditional processions.This annual Italian festival takes place at Fleet & North Streets in the North End to honor Madonna del Soccorso (Our Lady of Help), and the ancient local fishing trade. The feast includes a religious procession through the narrow streets carrying the Madonna Statue. Lots of food, entertainment, games, and street vendors line the streets during the festival. The highlight of the festival is the Flight of the Angel. All day on Sunday, members of the Fisherman's club and their families carry the statue of the Madonna in a procession through the streets of the North End. When the Madonna returns to North Street late in the afternoon (see schedule of events), it is time for the grand finale. A young girl dressed as an angel will fly out of a third story window and down to the Madonna. After a short prayer she is raised back up into the window to the cheer of the crowd and showers of confetti. Yankee Magazine calls it "Truly one of Boston’s greatest treasures!" and National Geographic say’s “It’s a spectacle NOT to be missed!’" See event website for a full list of events happening throughout the festival.