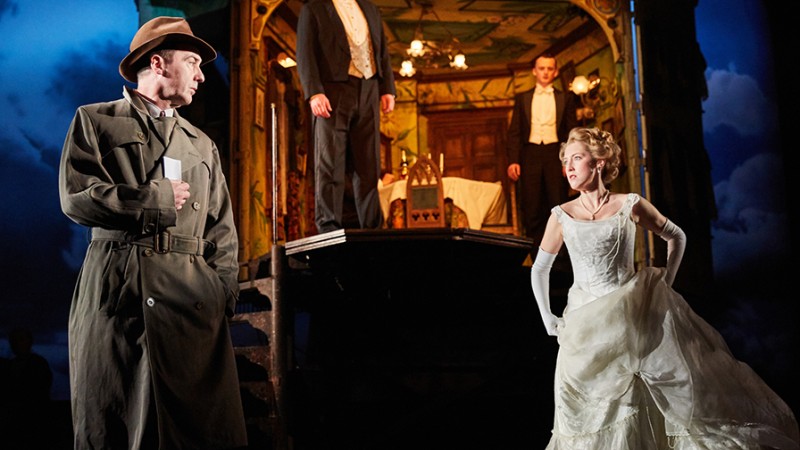 Knock knock. Is your house in order? Hailed as the theatrical event of its generation and winning more awards than any other production in history, the National Theatre's Landmark Production of JB Priestley's Classic Thriller An Inspector Calls, lands in Boston. First produced at the National Theatre of Great Britain this production has been seen on Broadway, had six seasons in London’s West End, ten U.K. tours, two Australian tours and a season in Tokyo. This is the first time it's been seen on tour in the United States. Stephen Daldry (Oscar-nominated director of The Reader, The Hours and Billy Elliot) returns to direct his masterpiece. When Inspector Goole arrives unexpectedly at the prosperous Birling family home, their peaceful dinner party is shattered by his investigations into the death of a young working-class woman. His startling revelations shake the very foundations of their lives and challenge audiences to question their own consciences. Wildly entertaining and on a gorgeous grand-scale set, this 1945 thriller is a must-see for a whole new generation of theatre-goers.