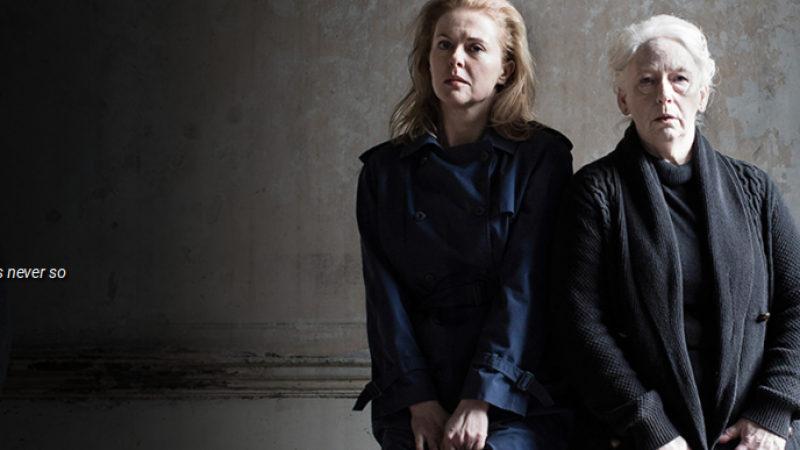 In a small house in the mountains of Ireland, a lonely spinster locks horns with her house-bound, manipulative mother in a rage-filled battle of the wills. Ireland’s most important contemporary playwright, Martin McDonagh’s (The Pillowman, The Cripple of Inishmaan).

The Beauty Queen of Leenane is a subversive thriller that takes audiences through the twists and turns of the ultimate dysfunctional relationship, revealing what can happen when family ties go too far…way too far. Twenty years ago, the Druid Theatre Company’s production of The Beauty Queen of Leenane, rocked America and Broadway and was nominated for six Tony awards and won four. Druid returns with Tony Award® winning director, Garry Hynes remount of this spectacular production. Marie Mullen, who won the Tony for her performance as the daughter, returns this time in the role of the mother, while Aisling O’Sullivan takes the role of the daughter. Once again, audiences will have the opportunity to experience this masterful play.