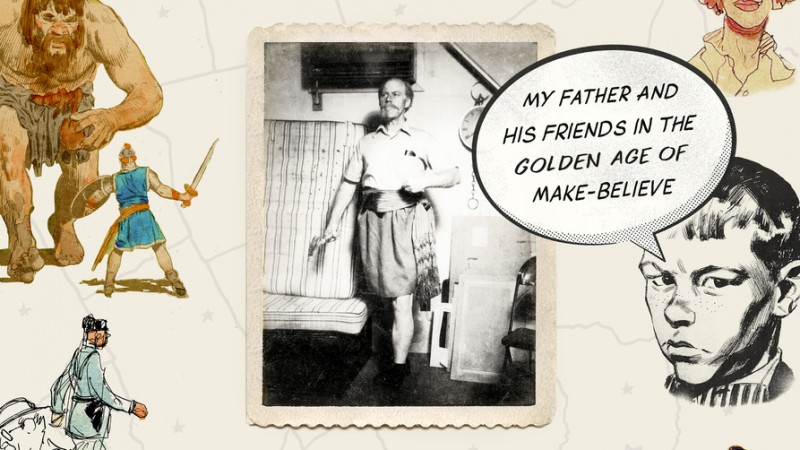 Cartoon County: My Father and His Friends in the Golden Age of Make-Believe

For a period of about fifty years, right in the middle of the American Century, many of the the nation’s top comic-strip cartoonists, gag cartoonists, and magazine illustrators lived within a stone’s throw of one another in the southwestern corner of Connecticut―a bit of bohemia in the middle of those men in their gray flannel suits.

Cullen Murphy’s father, John Cullen Murphy, drew the wildly popular comic strips Prince Valiant and Big Ben Bolt, and was at the heart of this artistic milieu. Comic strips and gag cartoons read by hundreds of millions were created in this tight-knit group―Superman, Beetle Bailey, Snuffy Smith, Rip Kirby, Hagar the Horrible, Hi and Lois, Nancy, Sam & Silo, Amy, The Wizard of Id, The Heart of Juliet Jones, Family Circus, Joe Palooka, and The Lockhorns, among others. Cartoonists and their art were a pop-cultural force in a way that few today remember. Anarchic and deeply creative, the cartoonists were independent spirits whose artistic talents had mainly been forged during service in World War II.

Illustrated with never-before-seen photographs, cartoons, and drawings, Cartoon County brings the postwar American era alive, told through the relationship of a son to his father, an extraordinarily talented and generous man who had been trained by Norman Rockwell. Cartoon County gives us a glimpse into a very special community―and of an America that used to be.

Registration is required
Members $15 and Non-members $20