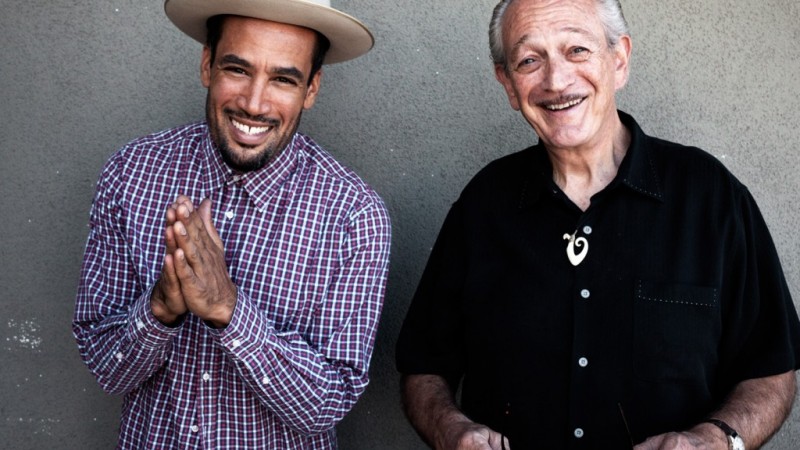 Ben Harper has teamed with renowned harmonica master Charlie Musselwhite to create "Get Up!," a piercing song-cycle of struggle and heart, released by Stax Records/Concord Music Group on January 29th, 2013. Recorded in Los Angeles and produced by Harper, "Get Up!," is his 12th studio album and first new recording since 2011's "Give Till It's Gone" (Virgin).

"Charlie and I have been looking to make this record for over ten years and now that we've gotten to it," stated Harper, "I can't wait to play it live."

"Ben and I really locked in, personally and musically, when we recorded with John Lee Hooker," added Musselwhite. "Ever since then we wanted to record together and being in the studio together is just a natural. You can hear it and feel it in the music on Get Up!"

A striking mix of blues, gospel, ... roots and R&B, "Get Up!" features ten vivid musical character studies, skillfully rendered in cinematic detail, all written or co-written by Harper.