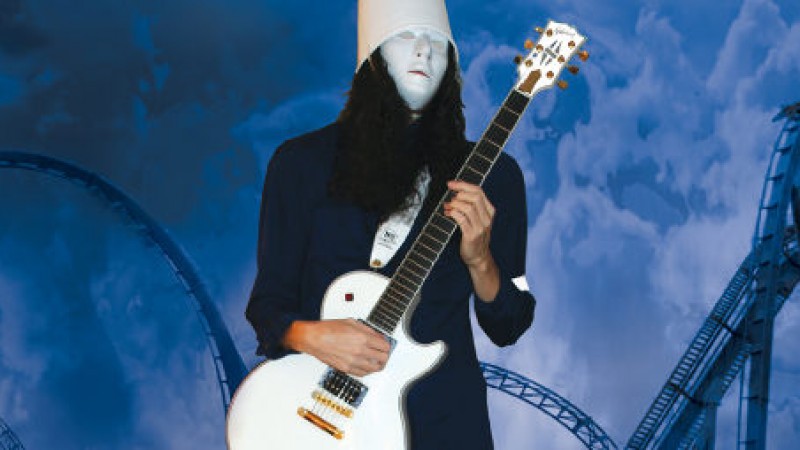 Buckethead is a virtuoso guitarist and multi-instrumentalist who performs within many genres of music. He has released over 300 studio recordings, way more than anyone else in the history of music. He released 178 “pikes” in the 2014-2015 period alone. He has also performed on over 50 more albums by other artists. His music spans such diverse areas as progressive metal, funk, blues, jazz, bluegrass, and avant-garde music.

When performing in his theatrical persona, Buckethead used to wear a KFC bucket on his head, emblazoned with an orange bumper sticker that reads “FUNERAL” in capital black block letters, and an expressionless plain white costume mask. More recently, he has switched to a plain white bucket no longer bearing the KFC logo. He also incorporates nun chucks, robot dancing, and toy trading into his stage performances. Buckethead’s persona represents a character that was “raised by chickens” and has made it his “mission in life to alert the world to the ongoing chicken holocaust in fast-food joints around the globe.”