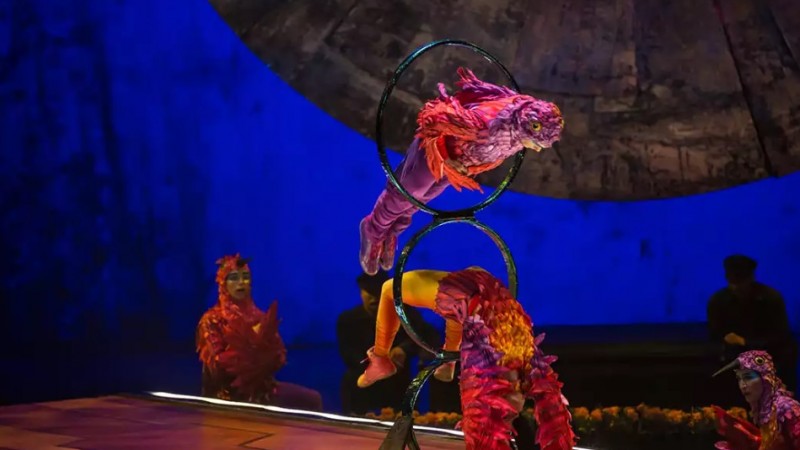 Cirque Du Soleil members will be performing on bicycles around the Downtown Crossing area from 11 am to 6 pm on July 5th through July 7th.They will also be performing Saturday, July 7th at noon (in front of Macy's on Summer Street).

Cirque Du Soleil is performing its LUZIA show at Suffolk Downs through August 12th. Click here for tickets and showtimes. There will also be a tent in Downtown Crossing (Washington and Summer streets) where you will be able to purchase tickets.

The LUZIA show "takes you to an imaginary Mexico, like in a waking dream, where light ("luz" in Spanish) quenches the spirit and rain ("lluvia") soothes the soul. With a surrealistic series of grand visual surprises and breathtaking acrobatic performances, LUZIA cleverly brings to the stage multiple places, faces and sounds of Mexico taken from both tradition and modernity."

Downtown Crossing
Outside of Macy's on Summer Street