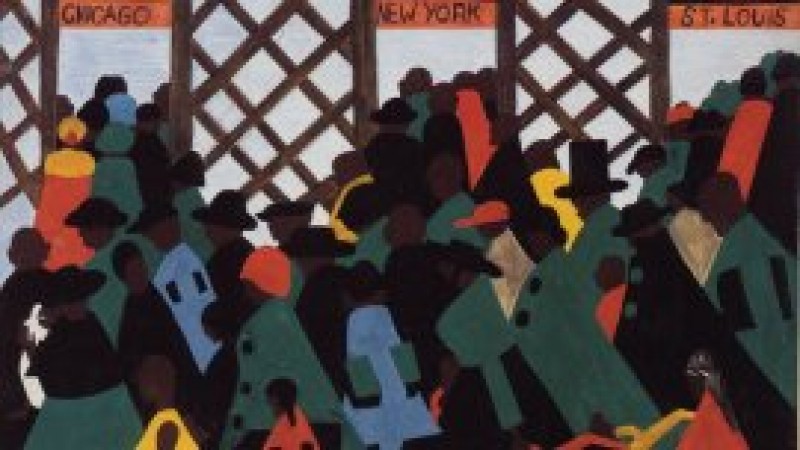 Exodus from Dixie: The Great Migration as a Social Movement

Between 1915 and 1930 over 1.5 million African Americans fled the U.S. south for northern and western cities locales. Just ten years later, another six million would begin the same trek in search of a better life. This epic migration literally changed the complexion of America. But why did it take place? Standard accounts mark the closing off of European migration during World War I and the need for industrial labor. However, by listening to the voices, hearing the songs, and viewing the artwork, of actual migrants uncovers a different story. The Great Migration was not simply a response to economic forces; these migrants were “quitting the south.”

Tracing the lives of migrants reveals the Great Migration as a social movement, what many called an “Exodus from Dixie.” And yet, upon entering the urban north and west, the American Dream remained elusive. The liberties of walking tall, voting in elections, and working on integrated shop floors came with the price of racially restrictive neighborhoods, fire bombings and race riots, and unfair policing and hiring practices. Following the path of southern migrants in search of a better life, with its twists and detours, speaks to the hopes and limits of the American Dream for us all.

Davarian L. Baldwin is the Paul E. Raether Distinguished Professor of American Studies at Trinity College in Hartford, Connecticut. He is the author of Chicago’s New Negroes: Modernity, the Great Migration, and Black Urban Life (2007) and co-editor of the essay collection, Escape From New York: The New Negro Renaissance beyond Harlem (2013). Baldwin is currently at work on two new projects, Land of Darkness: Chicago and the Making of Race in Modern America and In the Shadow of the Ivory Tower: How Higher Education is Transforming Urban America. Baldwin currently sits on the Executive Board of the Urban History Association, the Editorial Board for the Journal of Urban History, and is an editor of the Urban Life, Landscape, and Policy book series for Temple University Press. He also serves as a Distinguished Lecturer for the Organization of American Historians.​