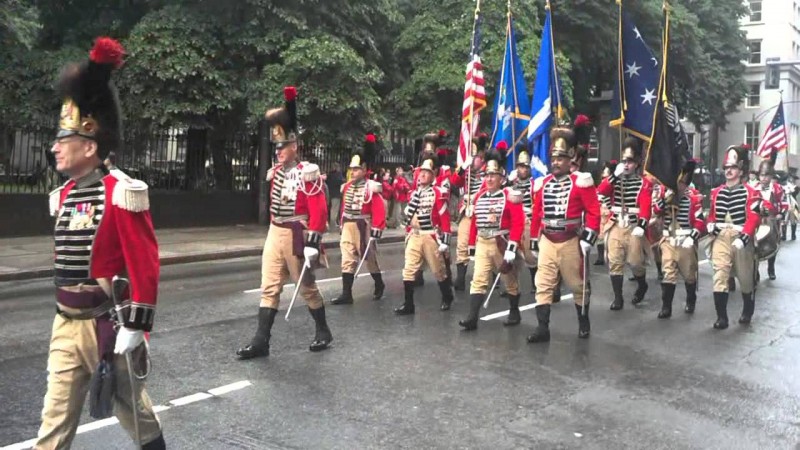 Each year on the first Monday of June the Ancient and Honorable Artillery Company reenacts the commissioning of new command officers of the Company on Boston Common. The AHAC is joined by historic military groups from across New England including the Washington Light Infantry from South Carolina, Massachusetts National Guard and USS Constitution forming the largest military parade on the East Coast. The parade starts at Faneuil Hall and ends at Boston Common where the Governor of the state is greeted by a volley of cannons during the change of command ceremony. The ceremony has been a tradition since 1638.

For more information on this event, please Click Here!