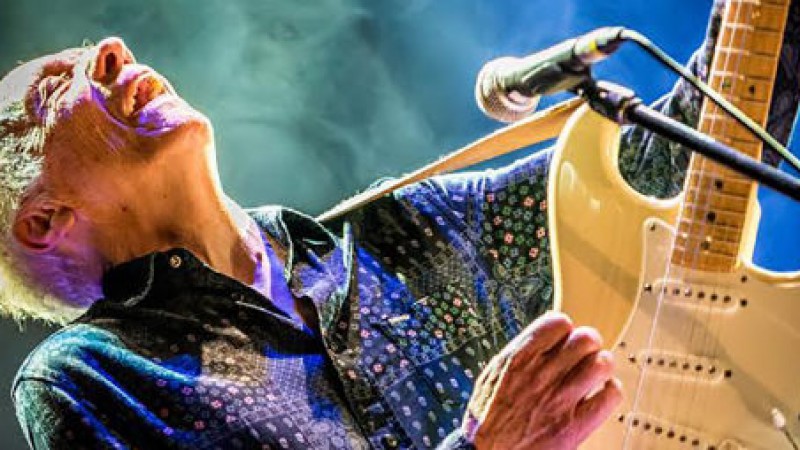 The Robin Trower story started in the mid Sixties when he began his recording career in the Southend rhythm and blues band the Paramounts.

Trower modelled his band on the power-trio blueprint of Cream and Taste, as well as the Jimi Hendrix Experience. His atmospheric, effects-laden Stratocastering brought inevitable initial comparisons with Hendrix, but he quickly made his own mark. Robin along with the vocal talents of James Dewar, a hard-living Scot, whose voice will always be associated with the Robin Trower Band proved to be a musical powerhouse.

Make no bones about it, Robin Trower is an axeman’s axeman. He’s been a Fender Stratocaster endorsee ever since Jethro Tull’s Martin Barre let him try one before a gig in the early Seventies, and now has his own signature model – an honour accorded to few. Robin Trower live is an experience not to be missed. Whether you play guitar, or just enjoy a brilliant soulful player, come out and see the show. You will walk away smiling.