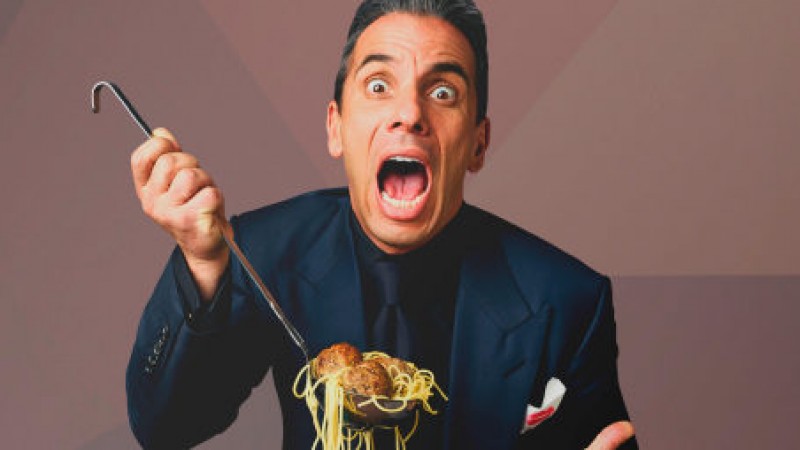 After more than a dozen sold-out performances in New York City’s comedy circuit in the last year alone, the Chicago-born-and-bred turned Los Angeles native tapped Manhattan as the backdrop for his newest comedy special on Showtime, SEBASTIAN MANISCALCO: WHY WOULD YOU DO THAT? Maniscalco is the star and executive producer of the special, which was filmed at the historic Beacon Theatre and premiers Oct. 1. This highly-anticipated new hour of skepticism follows up Sebastian’s 2014 Showtime standup special and DVD “Aren’t You Embarrassed?” in which he offered up his witheringly sarcastic and exasperated take on modern behavior and etiquette. As the Dallas Observer noted, “Much of the material for his three comedy specials and tours comes from his astonishment with modern society’s unspoken rules and the juxtaposition of current culture against his upbringing in a hardworking, ‘half-Sicilian, half-Italian’ immigrant family.” Sebastian shares, “Those values … have been a catalyst for my comedy. I’m like, ‘Wow, I guess a lot of people didn’t have this type of upbringing’ … that old world technique of, you know, nothing’s given to you, you’ve gotta work for everything you’ve done.”