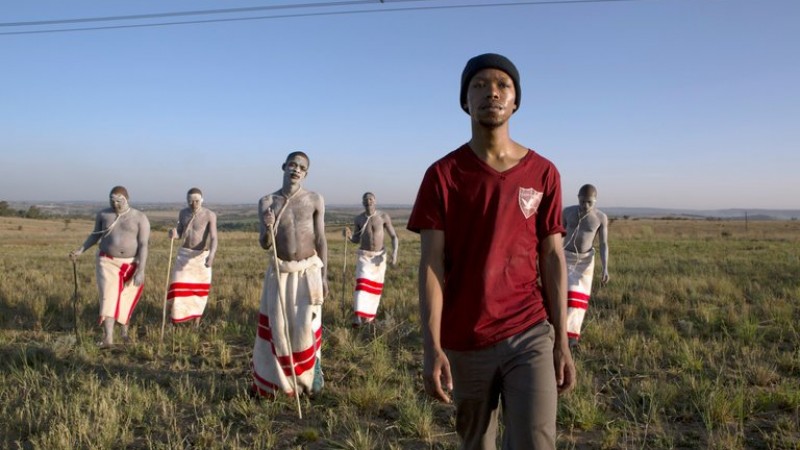 A Screening Presented by:

In an annual ceremony, the men of a small Xhosa community in South Africa encamp in the mountains of the Eastern Cape to initiate a group of teenage boys into manhood. Following a painful ritual circumcision, the young initiates spend two weeks healing and laboring under the alternately aggressive and mentoring care of their male elders. Xolani, a factory worker by day and former initiate himself, returns to the mountain each year as one of those elders. This time, he is entrusted with a teenager named Kwanda, the arrogant and disinterested son of a wealthy villager — a Johannesburg kid whom most of the other rural boys consider to be spoiled. This is an environment wholly dedicated to the traditional mores of patriarchal power and swaggering heterosexuality, where Xolani’s gentle and introverted nature is an aberration — and his attraction to men is a desperately held secret.

Xolani’s clandestine love affair with a fellow caregiver adds further dramatic tension and a swirl of competing emotions to this beautifully acted story — well received at its 2017 Sundance Film Festival debut — in which an ancient and accepted culture collides with secret and sometimes dangerous passions. Director John Trengove, working with a Xhosa producer and co-writer, exposes more than one type of wound in his feature film debut (his short film Ibhokhwe also explored male circumcision), as Kwanda actively defies the fraternal code forced upon him, and Xolani struggles to reconcile the traditions of his people with his own desires and identity. Every moment of The Wound evokes the question, “What defines manhood?”

**In Xhosa with English subtitles