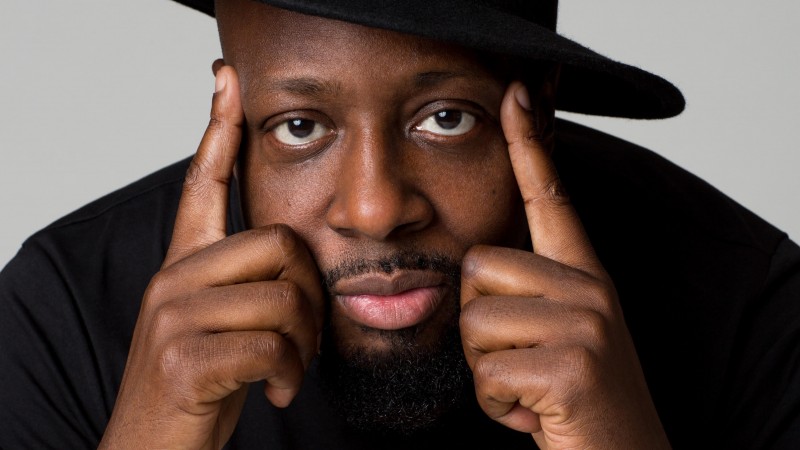 While it’s been six years since his last studio album, Wyclef has not abandoned his dedication to sonic excursions. His new album, the upcoming Carnival III: Road to Clefication, features contributions from Afrojack, Emeli Sandé, and multi-platinum DJ/recording artist Avicii. In fact Avicii is responsible for Wyclef’s new album’s title. “It’s a nickname he gave to me,” he explains. “We were in Stockholm recording and he said, ‘We need some ‘Clefication.’ Now when I’m in the studio with other producers from his generation, they’ll say, ‘Yo we need some ‘Clefication’ on the vocal before I swag it up.’ It’s the human application of music.”

The music that Wyclef Jean has written, performed, and produced — both as a solo superstar and as founder and guiding member of the Fugees — has been a consistently powerful, pop cultural force for over two decades. In 1996, the Fugees released their monumental album The Score, which inspired notoriously prickly rock critic Robert Christgau to write: “so beautiful and funny, its courage could make you weep.” The album, created in Wyclef’s studio in his uncle’s basement in New Jersey, hit No. 1 on the Billboard chart, spawned a trio of smash singles (including their indelible reinvention of Roberta Flack’s 1973 ballad “Killing Me Softly”), and is now certified six times platinum. But Wyclef, a child prodigy with a wealth of musical influences from jazz to classic rock to reggae, resisted the pressure to duplicate the sound and style of that masterwork. Instead, he launched himself as a producer and solo artist whose work drew from an innovative and eclectic palette that included elements of pop, country, folk, disco, Latin, and electronic music.