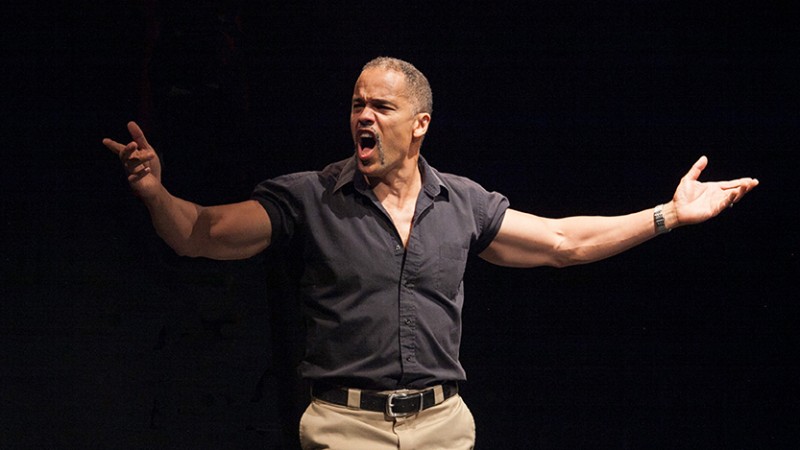 Taking back Shakespeare’s great, black leading man. As an African-American actor auditions for Othello—the role of a lifetime—he is met with four hundred years of prejudice, racism and privilege as he negotiates with a young, white director who presumes to understand, and ultimately dictate, how to portray the character. An introspective dive into the Western theatrical canon, American Moor challenges the capacity of theatre to fulfill the human longing to be fully visible and embraced, asking the question "who gets to perform Shakespeare?" Addressing the history of turmoil surrounding Othello, Keith Hamilton Cobb highlights the inequities when actors such as Laurence Olivier, Anthony Hopkins and Orson Welles all garnered praise for their portrayal of the title role, yet had to blacken their faces to play the part. Cobb’s stunning, tour-de-force solo performance returns to Boston after its award-winning 2017 run.