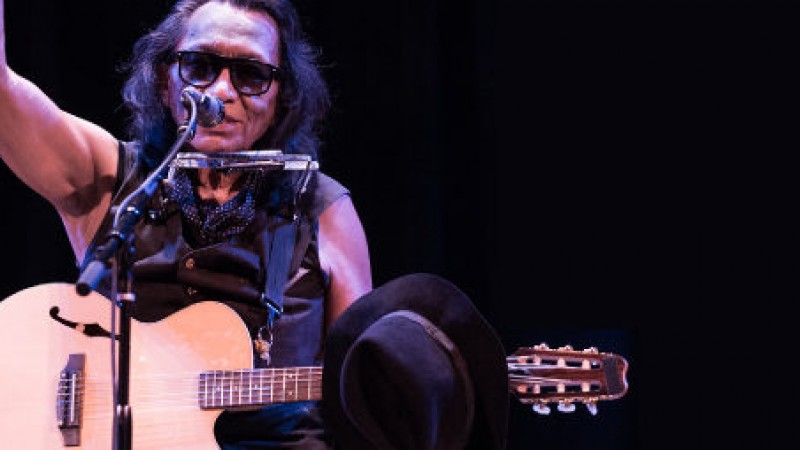 Rodriguez, the legendary singer-songwriter known only by his surname, is a self-taught guitarist. He began performing in bars and clubs around the city of Detroit in the 1960s, as the city suffered post-industrial urban decay. It was there that he recorded two studio albums, Cold Factin 1969 and Coming from Realityin 1971 released on Sussex records. These recordings went unnoticed in the U.S. and Rodriguez eventually turned his efforts elsewhere, earning a bachelor’s degree in philosophy from Wayne State University, running for political office and working construction and factory jobs to support his family.

In the mid-1970s, his music gained airplay in Australia and New Zealand.  He has since toured there several times, to play festivals, arenas & theaters. He released “Rodriguez Rocks – Live In Australia “ in 2016 on Light in the Attic Records  and has  just completed a multi-city tour of Australia in November/December  of 2016.