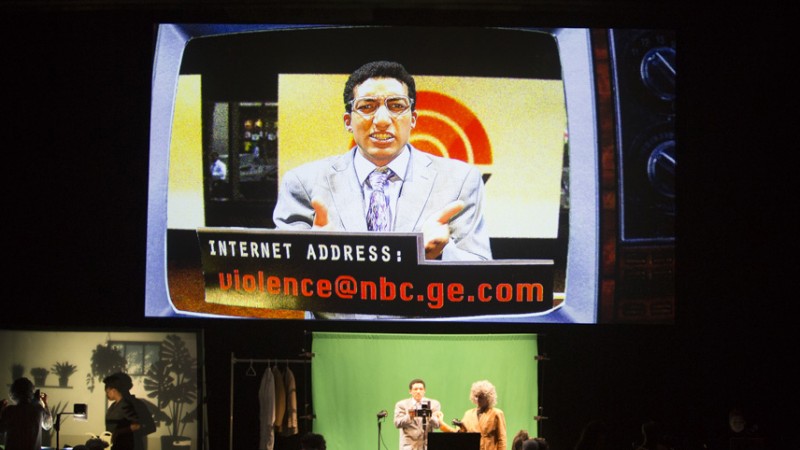 Back by popular demand after enchanting Boston audiences in 2018, Manual Cinema returns with another feat of innovative, cinematic storytelling. The End of TV depicts the promise and decline of the American rust belt through the stories of Flo and Louise, both former employees of a local auto plant. Flo is an elderly white woman succumbing to dementia as the memories of her life become tangled with television commercials and the “call now” demands of QVC. Louise, a young black woman, meets Flo when she takes a job as a Meals-on-Wheels driver. An unlikely relationship grows as Flo approaches the end of her life and Louise prepares for the invention of a new one.

In The End of TV, the ingenious artists of Manual Cinema cast a theatrical spell through live-action silhouettes, video feeds, overhead projection and a five-piece band performing an original score. Set in the 1990's, the show is awash in the decade's nostalgia, delightfully recreating the ubiquitous media that was pumped into homes across the country. The story of Flo and Louise's friendship dovetails the Technicolor promises of TV advertisements and the decline of a Midwestern town to weave a portrait of true human connection.