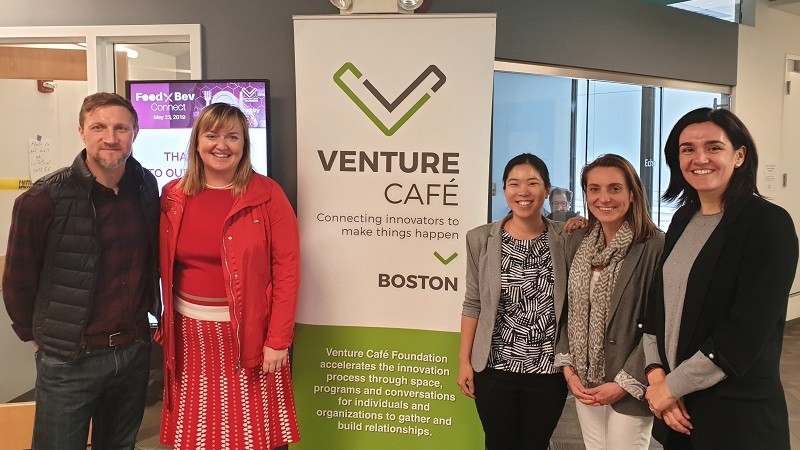 We love Cambridge, but Boston is really the hub."

The spirit of innovation is what animates CIC and inspired the organization to open an office at Downtown Crossing seven years ago.

“We love Cambridge, but Boston is really the hub,” says CIC’s Boris Perlovsky. “Not only is it where the city’s transportation channels meet, but it’s a center for technology, media, finance, and advertising. Many of the businesses we support in Cambridge were excited to move downtown because it’s a global business magnet.”

Perlovsky credits the BID with integrating the arts into the downtown renaissance. Arts offerings make the neighborhood not just a good place to do business, but a place where people want to hang around after work to hear music, go shopping, enjoy the theater, and take in the sights. CIC has been an enthusiastic participant in the BID-sponsored light festival Illuminus, where light artists create installations all over the downtown area. “We’ve been happy to host artists’ gatherings and meetings in our space,” says Perlovsky. “Some artists even used our 3-D printers to create their installations. We can’t wait for the next festival.”

The BID works to make downtown not only more appealing to international business travelers, but also to create a real community for neighborhood residents, which aligns with CIC’s values of inclusivity and connection. “Any city neighborhood will experience challenges, and the key is to engage with those challenges head-on,” says Perlovsky. He applauds the BID’s humane, community-based approach to residents experiencing homelessness, as it works with local shelters, non-profits, and the police to connect people with much-needed services.

“Downtown has become a real neighborhood,” Perlovsky says. “We’re looking forward to what comes next.”

Last December, CIC Health, which had already been running COVID-19 testing sites across New England, recognized that the moment to initiate mass vaccinations was rapidly approaching. Although it would be a huge logistical undertaking, CIC Health’s leadership were sure they could help. To establish sites for mass vaccination, CIC Health Co-founder and Executive Chair Dr. Atul Gawande, CIC Co-founder and CEO Tim Rowe, and other members of CIC Health’s senior leadership team helped forged partnerships with the Commonwealth, the Red Sox, the Patriots, the Reggie Lewis Track and Athletic Center at Roxbury Community College (RCC), and the Hynes Convention Center. CIC Health tackled logistics, partnerships, communications, community outreach and more. In all, it took just 28 days for CIC Health to go from its first internal discussion regarding mass vaccinations to opening Gillette Stadium, on January 18th, as a mass vaccination site!

CIC Health’s Director of PR and Communications Sue Minichiello remembers the moment that Gillette reached the milestone of 10,000 vaccine shots. “It was very emotional,” she says. “And now we’ve administered nearly a million vaccines at our sites!”

Along the way, CIC Health continually learned and innovated to better the experience for people and help the state meet its goals. When CIC Health partnered with RCC to administer the Reggie Lewis Center mass vaccination site in Roxbury, they focused on the surrounding immigrant communities and communities of color, which have been disproportionately impacted by the pandemic. Working with more than two dozen community-based organizations, CIC Health phone-banked, canvassed, created door hangers, displayed posters in local shops and distributed flyers in nine languages. Additionally, CIC Health negotiated with the state to reserve 50% of all appointments at the Reggie for residents of Roxbury and surrounding neighborhoods.

CIC Health improvised in a different way at its Gillette stadium mass vaccination site. There, it, helped eliminate long lines by deploying the stadium’s Jumbotron video screen to let people know when it was time for their appointment. And at all of its mass vaccination sites, CIC Health installed “selfie” photo stations, to allow newly-vaccinated individuals to embrace the history and emotion of the moment by taking pictures of themselves. “Sharing those selfies on social media is a great way to encourage other to get vaccinated,” says Minichiello. “People can hear from all the experts in the world, but family and friends are the best persuaders.”

For more information about CIC Boston and its various initiatives, please visit www.cic.com/boston. For additional info about CIC Health, please go to www.cic-health.com.